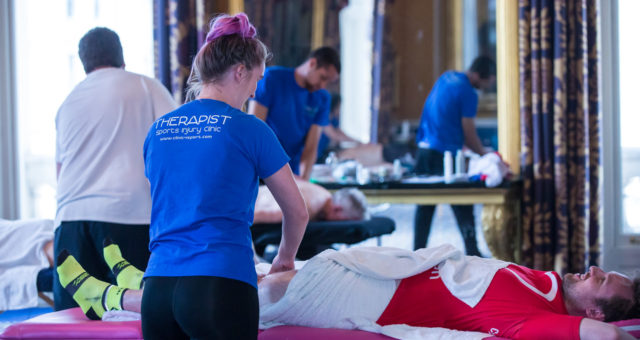 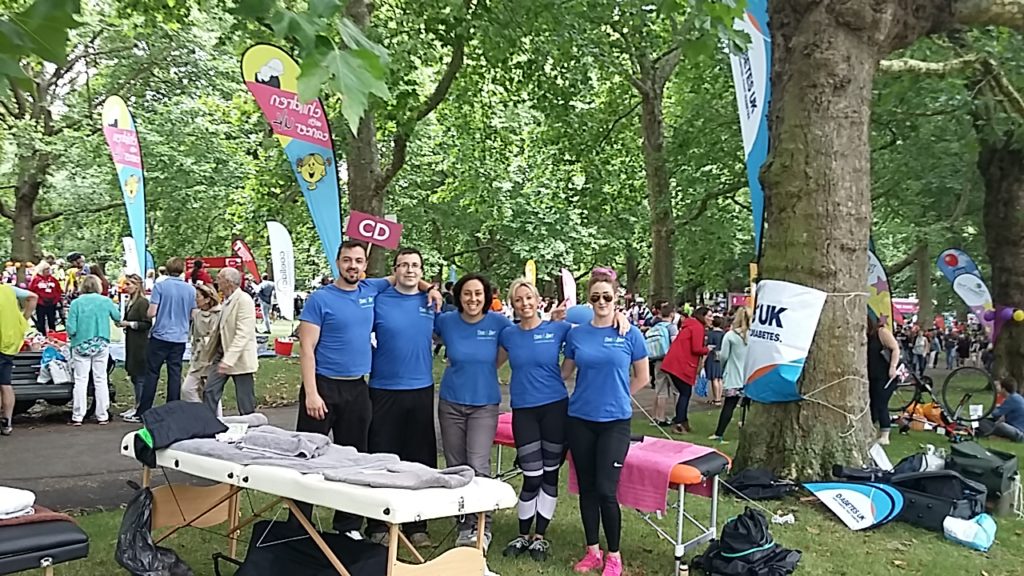 Following the legacy of the official cycling race at London 2012 Olympic and Paralympic Games, Prudential RideLondon-Surrey 100 starts in Queen Elizabeth Olympic Park, then follows a 100-mile route on closed roads through the capital and into Surrey’s stunning countryside. 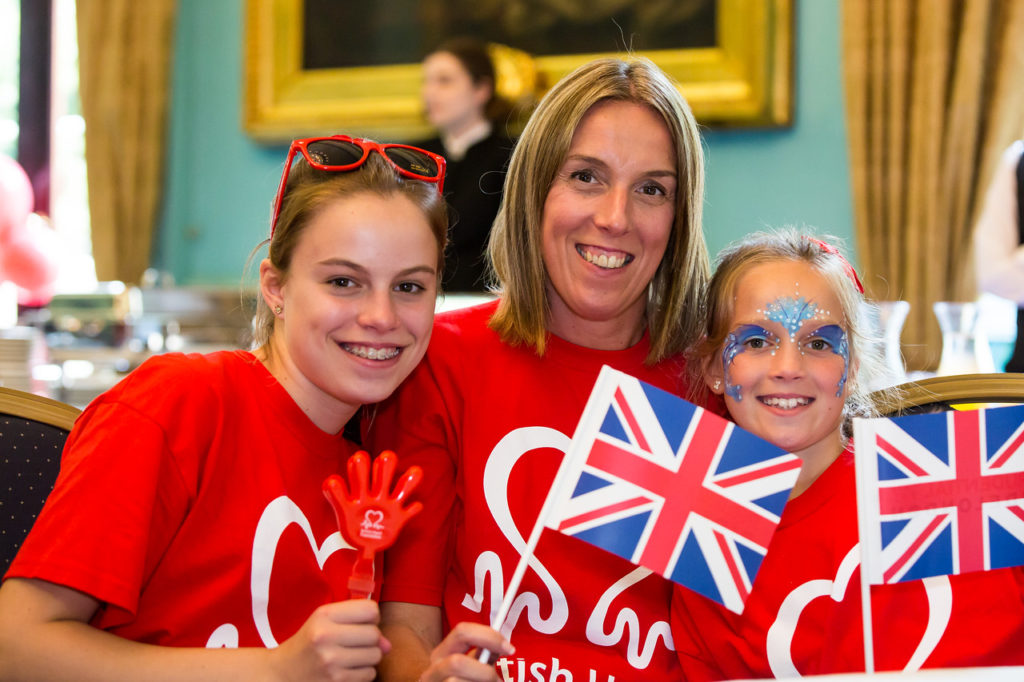 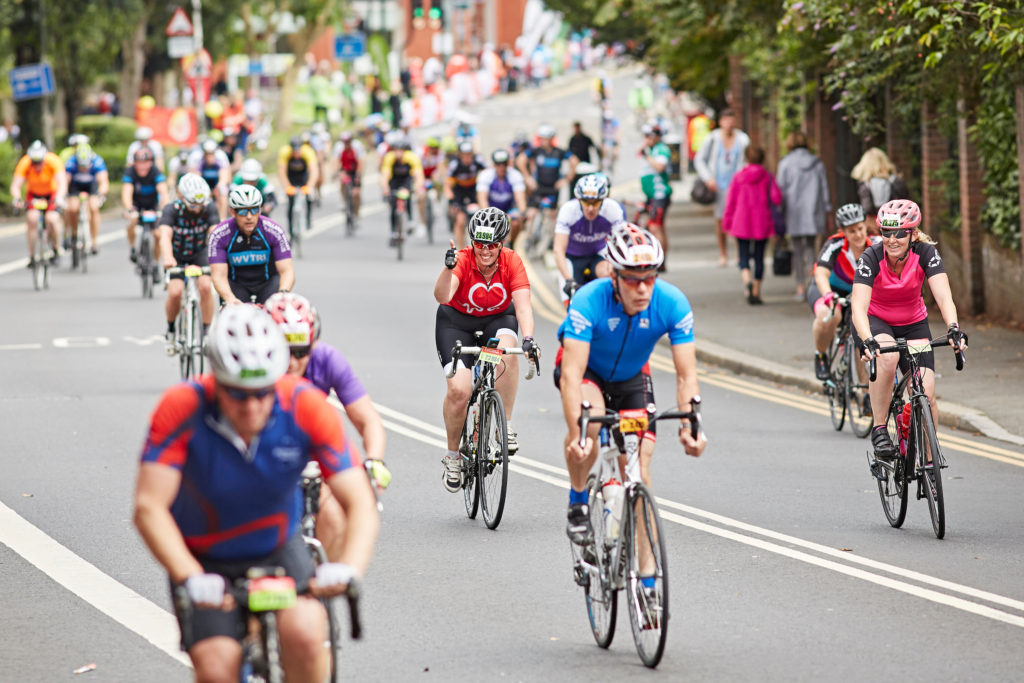 Prudential RideLondon is the world’s greatest festival of cycling, with more than 100,000 cyclists expected to participate during the weekend of 28-30 July 2017. This will be the fifth edition of the festival. On Sunday 30 July 2017, 25,000 amateur cyclists took on a cycling challenge and we were there to help them at the end. 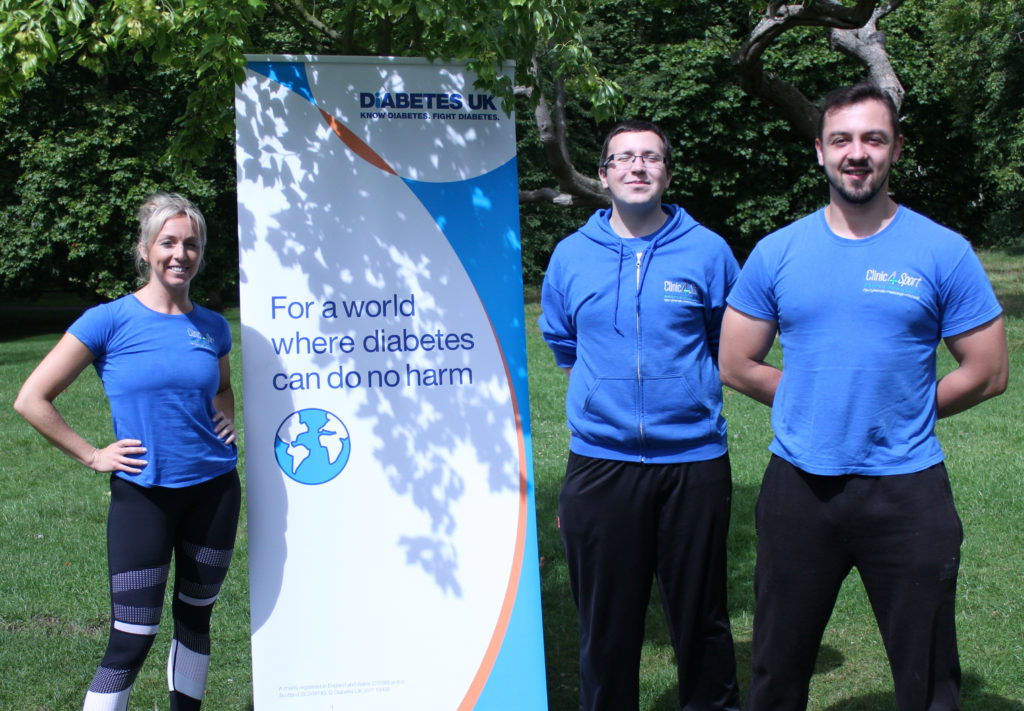 Our therapists provided therapy care for The British Heart Foundation and Diabetes UK and helping not only the riders to recover from their efforts but raising valuable money for these charities and we absolutely LOVED IT!!! 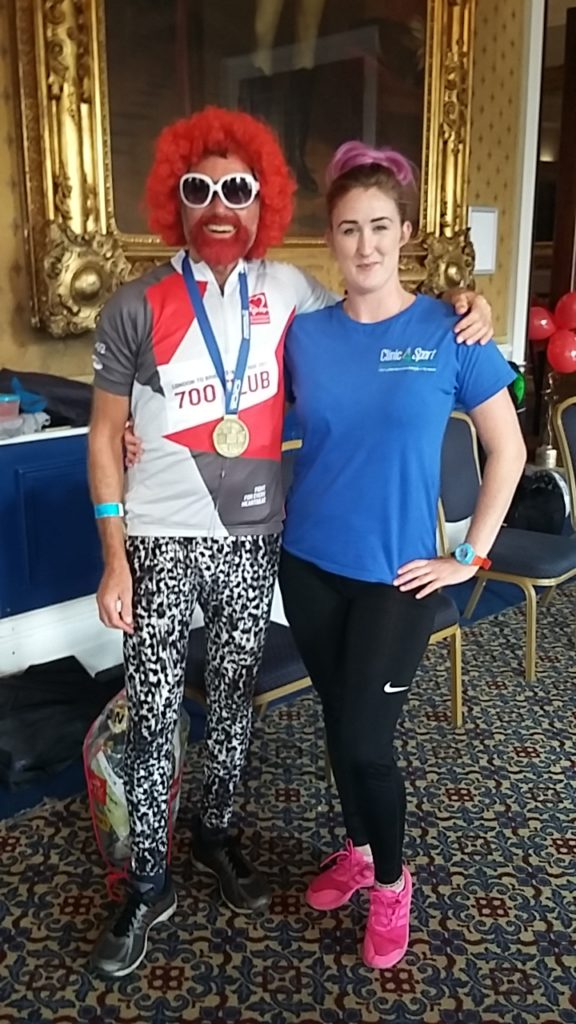 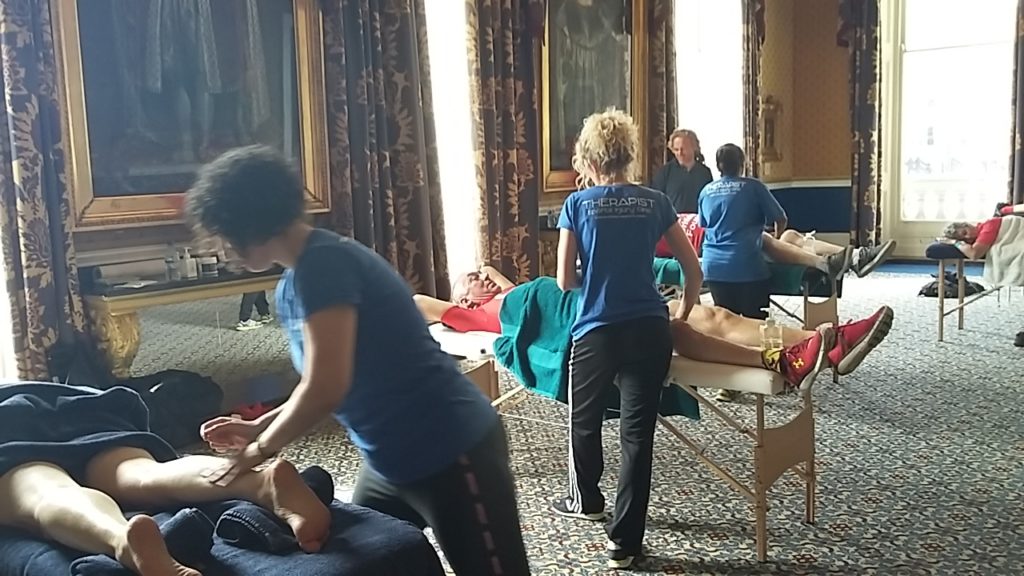 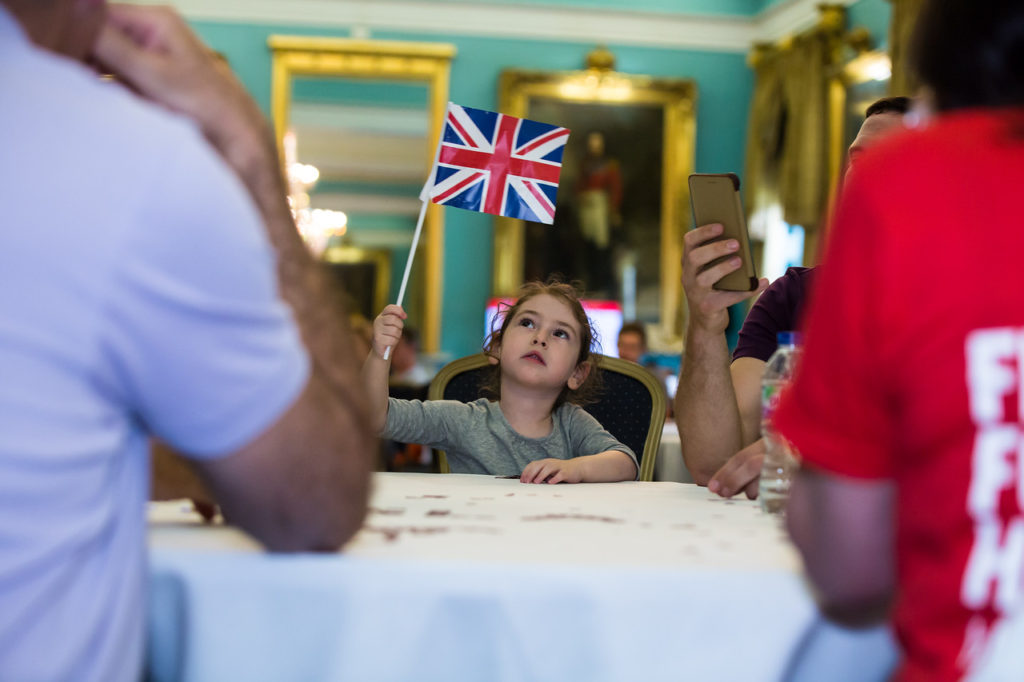